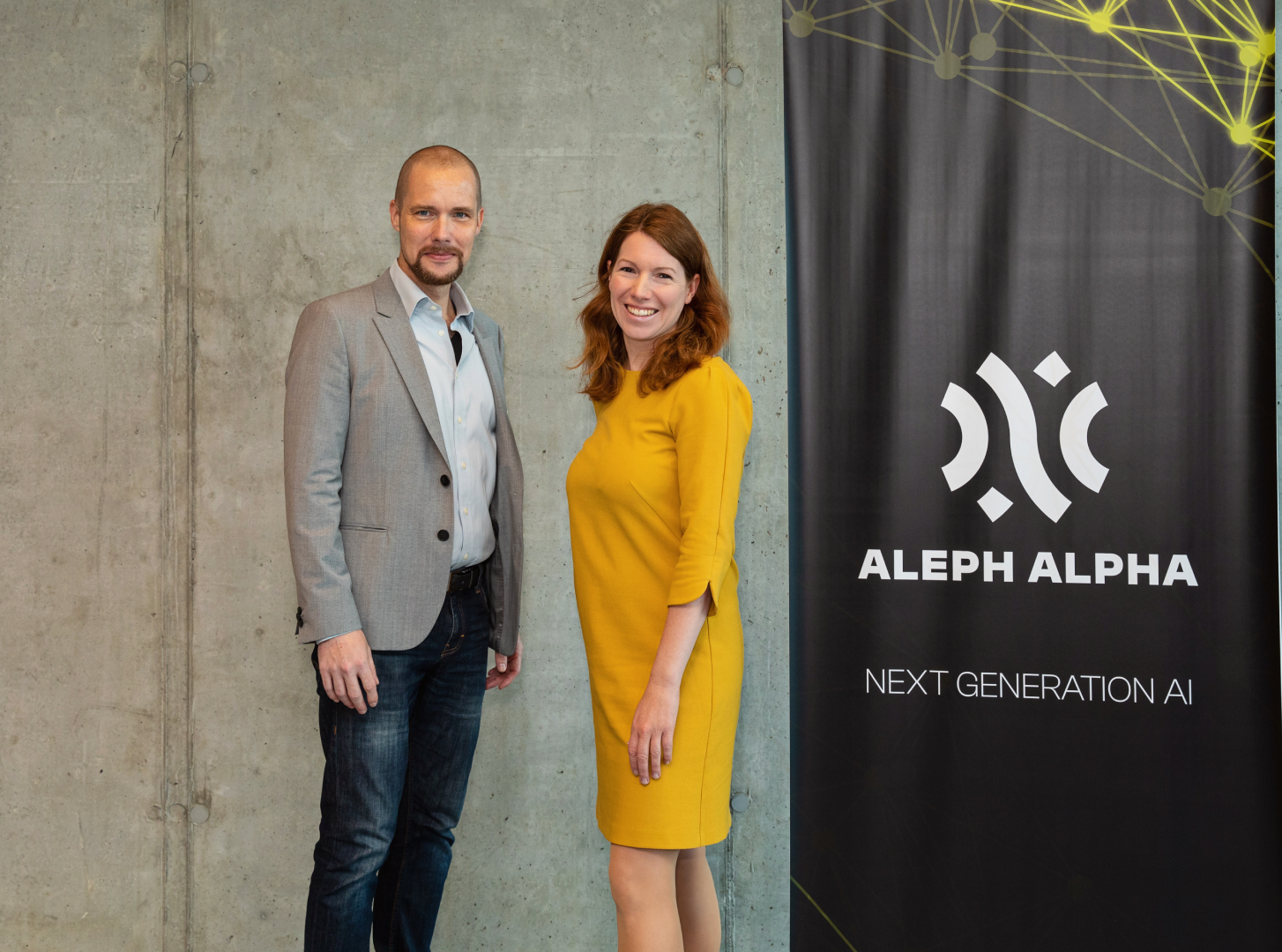 Aleph Alpha, a leading international AI research and application company from Heidelberg, today opens its new alpha ONE high-performance AI computing centre at GovTech Campus Germany. The data centre is one of the world's most powerful of its kind in the field of AI applications and forms the first infrastructure core for the "AI for Government Programme" of GovTech Campus Germany. Dr. Anna Christmann (B'90/GRÜNE), the BMWK's Commissioner for Digital Economy and Startups, ceremoniously opened alpha ONE today together with Lars Zimmermann (GovTech Campus) & Jonas Andrulis (CEO & Founder Aleph Alpha). The construction of the AI mega-project was realised together with Hewlett Packard Enterprise (HPE) and NVIDIA.

With alpha ONE, Aleph Alpha is the first European AI company to offer the currently most powerful AI language models for disruptive AI applications "Made in Germany" on sovereign computing infrastructure. What makes it special: alpha ONE combines European AI software and hardware from a single source, thus mapping the complete AI value chain, enabling customers and partners in the public sector, academia and the private sector to research, develop and ultimately operate AI applications. "Building and operating a modern data centre of this scale required special expertise. We are pleased to have built one of the strongest AI data centres in the world in Germany and to be making a significant contribution to technology sovereignty, especially in public administration. With alpha ONE, we are now taking an important step in this direction," says Jonas Andrulis, CEO and founder of Aleph Alpha.

The long-term goal is to develop innovative use cases that show how AI can support the federal, state and local governments in the digital transformation of their administration and simplify services such as new types of digital assistants for citizens in the future.

accompaniment by civil society. This can be a real game changer for the digitalisation of the public sector," adds Lars Zimmermann, Co-Founder and Member of the Board of GovTech Campus Germany.

Virtual citizen assistant for the city of Heidelberg

Based on Aleph Alpha's AI technology "Luminous", numerous applications can be developed, be it for the evaluation and processing of large amounts of data or for the use of state-of-the-art virtual assistants that can answer the most complex questions. For example, Aleph Alpha is building the new virtual citizen assistant for the city of Heidelberg. This is not to be confused with currently used chatbot applications that play back prefabricated answers. For the first time, the citizen's assistant is also able to respond to individual, non-preprogrammed questions from citizens. Aleph Alpha's technology thus creates a new type of interaction between citizens and the public administration.